Rescue exotic space animals from a corrupt AI in Dr. Spacezoo, a chaotic procedurally generated twin-stick precision shoot-em-up for 1-4 players. Or reduce them to grease, your call monster. 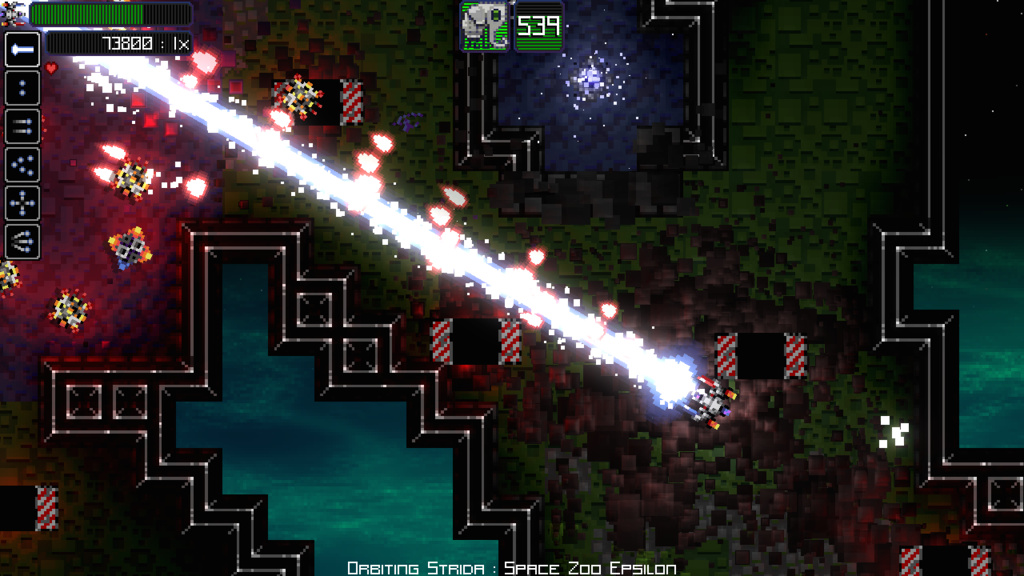 Your mission is to save exotic space animals and get out of the Space Zoo before the Space Zoo AI cracks your ship’s control software and does bad things (mostly explosions). Your ship’s communication signature is coded to look like a sentry bot, but the ruse will be discovered if you make any hostile actions or touch any animals..