Procedurally generating planets utilizes a seeded deterministic random source which is used to control all of the parameters and steps in the algorithm. Everything from the height of the deformations, the color of the surface, the rotational speed are all based on seed supplied to a deterministic random generator.

These are the high level steps involved in procedurally generating a 3D planet:

The general algorithm for creating a procedural planet is as follows:

Here’s a small sample of parameters used to control the planet generation. These may be set by the seeded random source so they are deterministic and always produce the same planet for a given seed.

The fracture idea here is inspired by the GDC talk Classic Game Postmortem: Star Control, specifically the Generating Surface Topography segment. The idea is to randomly place a triangle and raise the points inside the triangle up. Any triangle placed over and edge of the texture should wrap to the other side to keep the edges seamless. 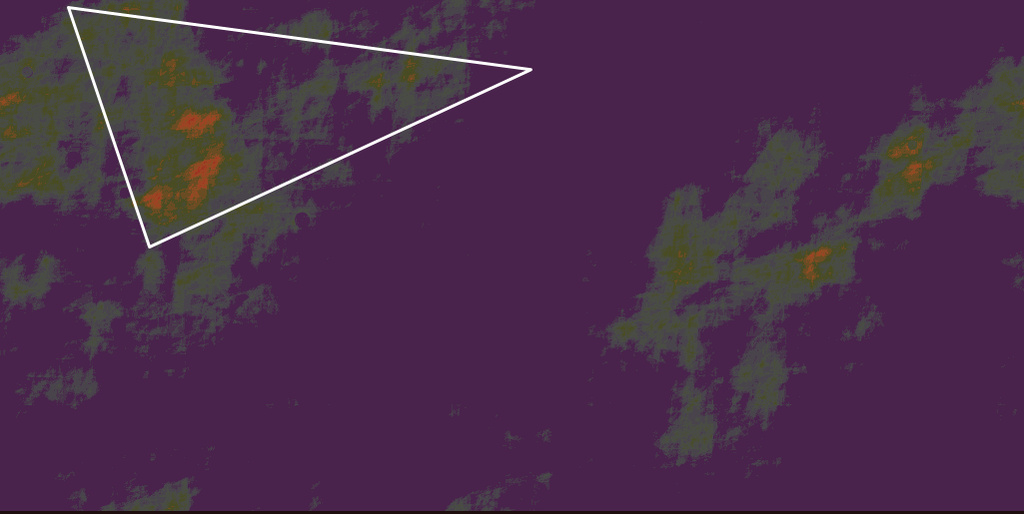 Here’s an example of placing the triangle, raising the points inside up, and then repeating 1200+ times. 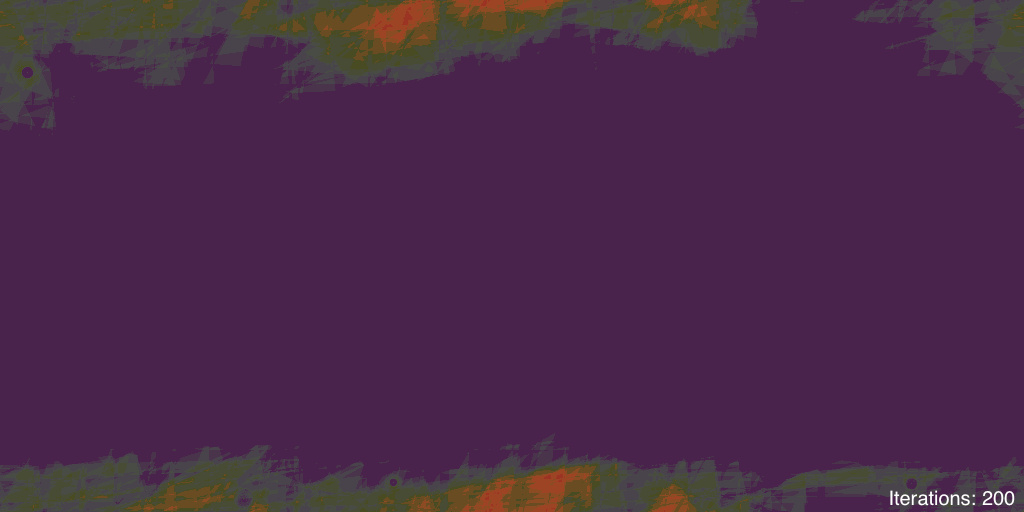 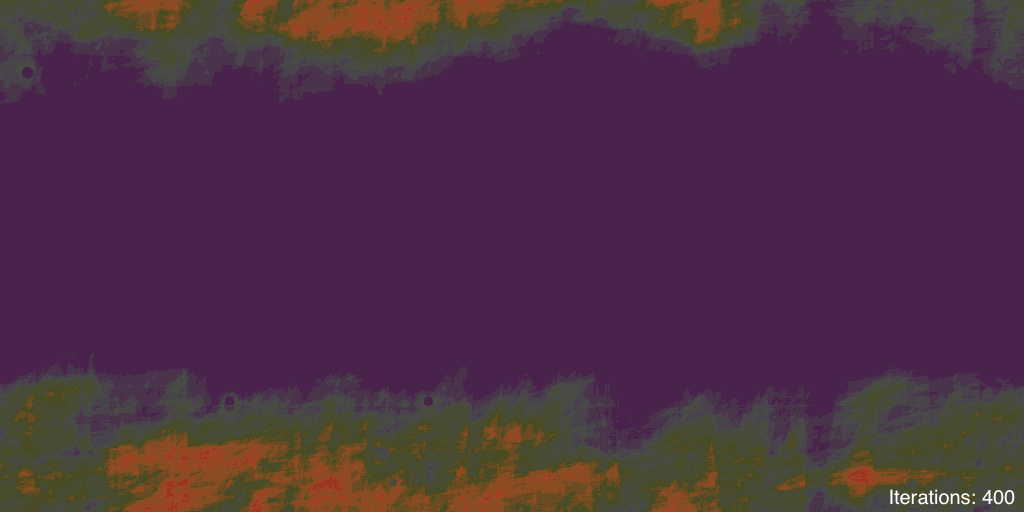 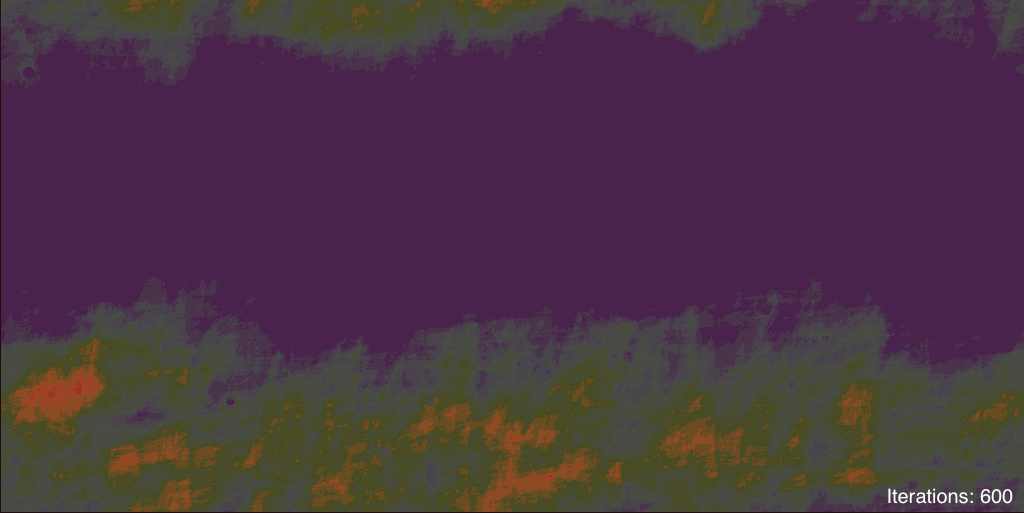 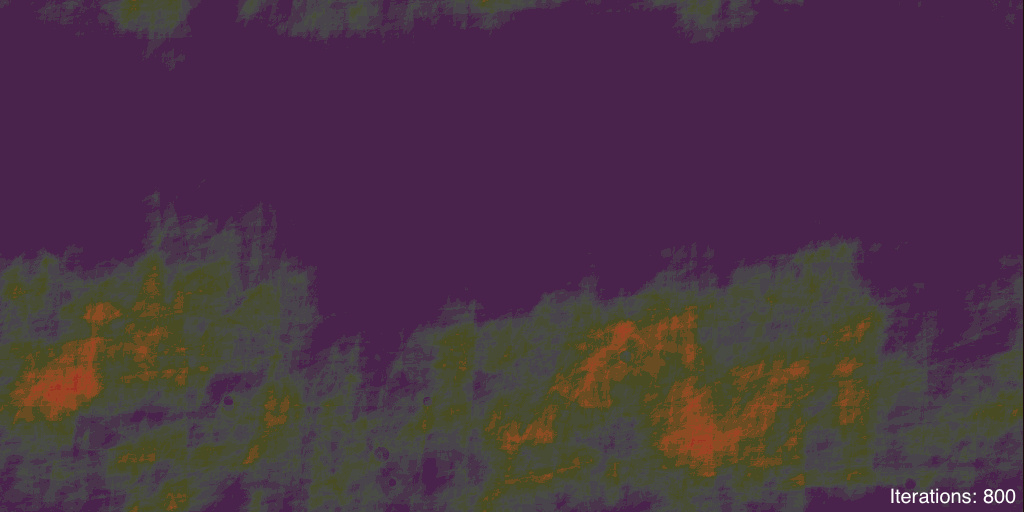 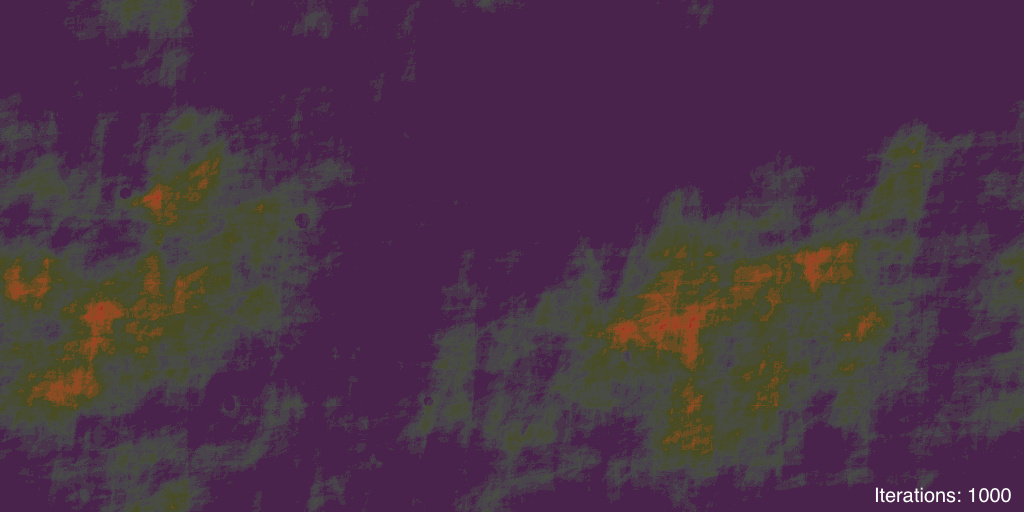 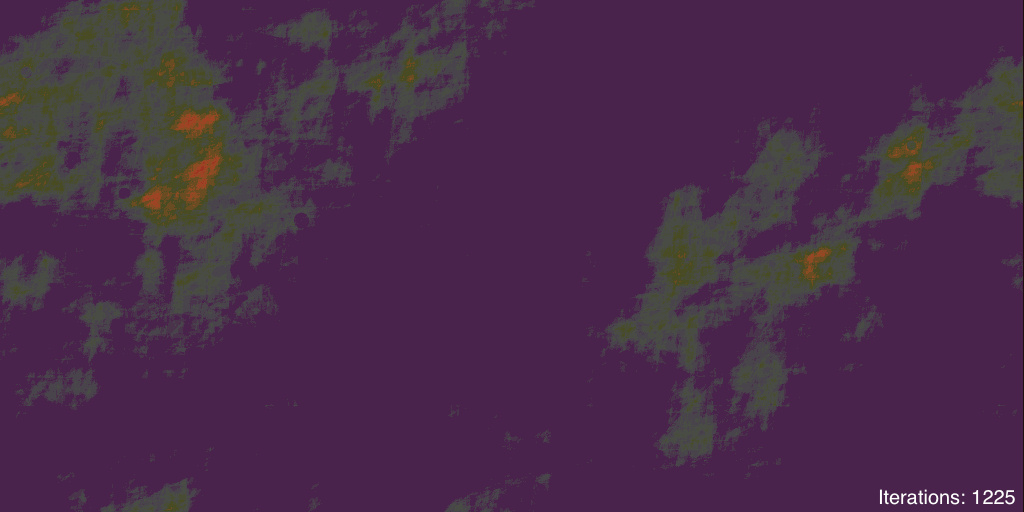 After the texture is generated, the top and bottom values are smoothed slightly to reduce the jitter near the pole edge seams. The amount of smoothing falls off based on distance to the top/bottom of the texture. Also, oceans may be added by clamping the texture to a min height.

The resulting texture from fracture is not actually a nicely colored map as seen above, it’s actually a single color height map that looks more like this texture (red channel is height). 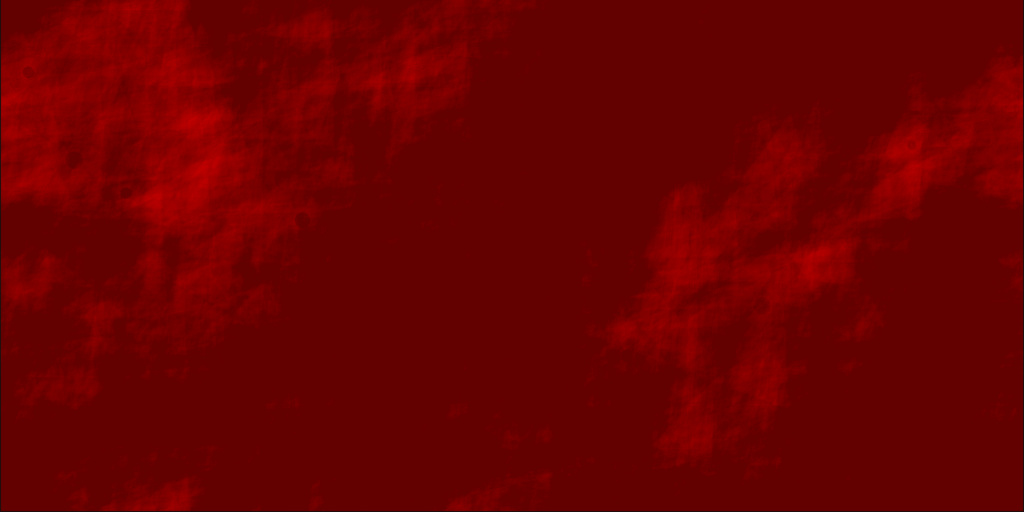 An HSL color to height map is created and then used to color each pixels of the the texture based on the corresponding height map value.

Next, create a 3D sphere. This planet generator creates a octahedron sphere, where the sphere is created through subdivision. Note, older versions of Unity were limited to 64k vertices, but has been lifted in 2017.3: Unity Mesh Index Format 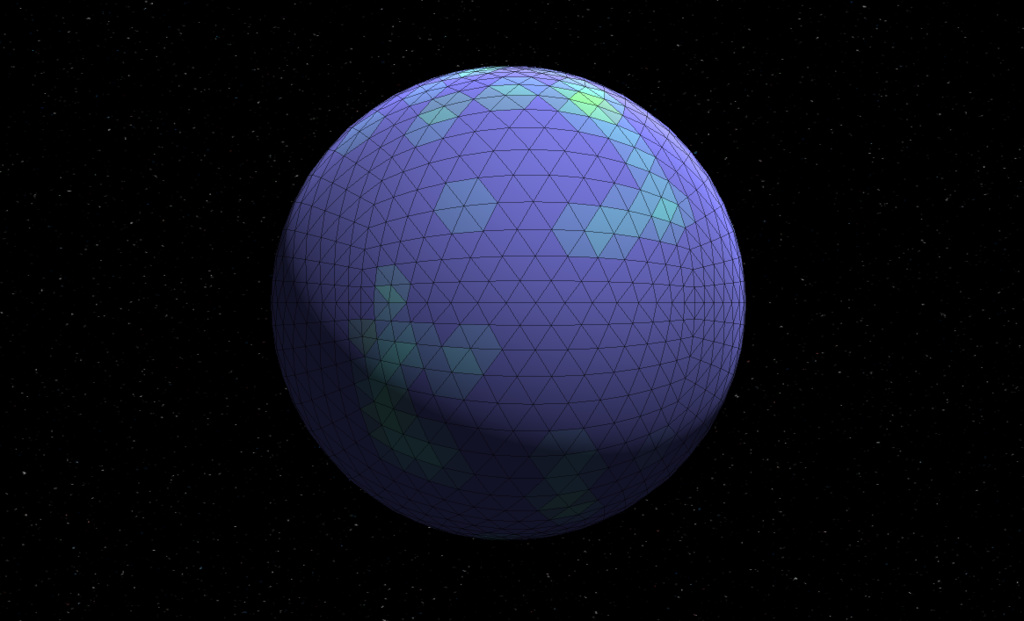 After the base sphere has been generated, the vertices of the sphere are deformed based on a sampling of the heightmap that corresponds to a UV for each vertex. 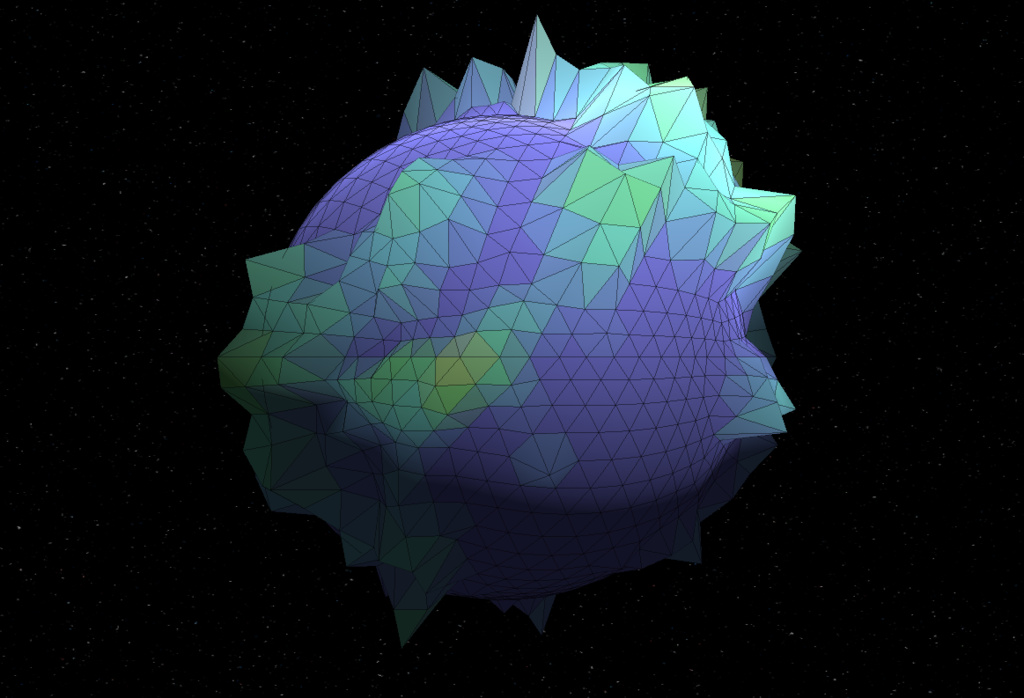 Note, the mesh edge seam will need to be welded together to ensure that heightmap variations are exactly the same. Specifically, the overlapping vertices are found and set to the same value to ensure there are no gaps. The color for each triangle based on an average sampling of the surface texture for that triangle’s UVs. 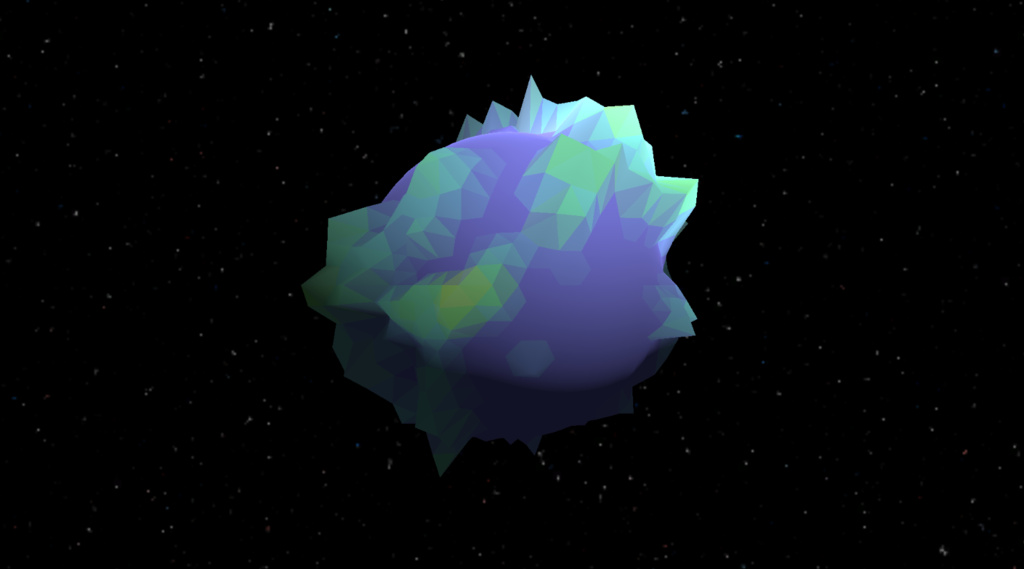 Here’s an animated example of a procedurally generated planet, along with the surface, height map, and normal map textures.

The planet’s atmosphere may be generated using the same idea used to generate the planet surface. The atmosphere has a smaller range for the height map than the planet, and uses a transparent shader and more uniform color palette.

A crystal planet may be generated using a heightmap with greater height variation and an ocean threshold near 0, which provides a spiky surface.

Instead of creating a sphere for the atmosphere, the triangles can be randomly scattered along an axis of rotation to make up the planet’s ring.

I have a lot of fun seeing the planets created by the procedural planet generator and look forward to continuing to improve on the algorithm.

Hope you found this article on procedural planet generation interesting,