Trisector v1.0.2 (174) is live and includes several new features such as improved particle effects and a relative touch control option.

The particle systems got a serious update and are much prettier and faster than before. The on hit and on destroy explosion particle effects were heavily tweaked and updated with new textures. 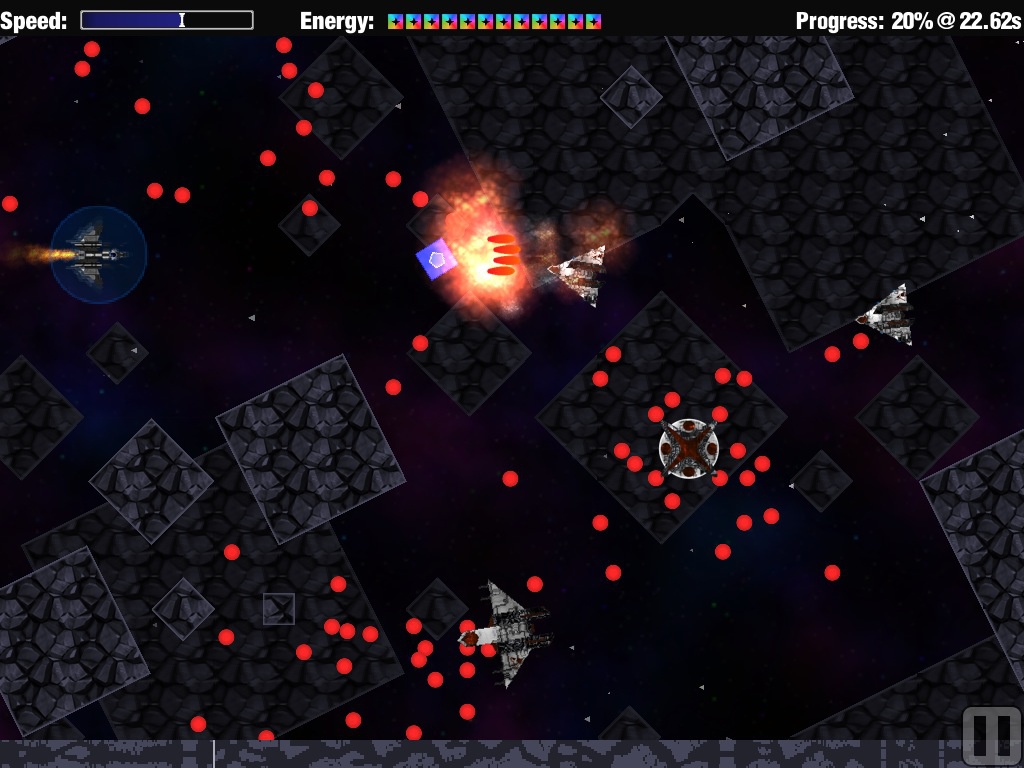 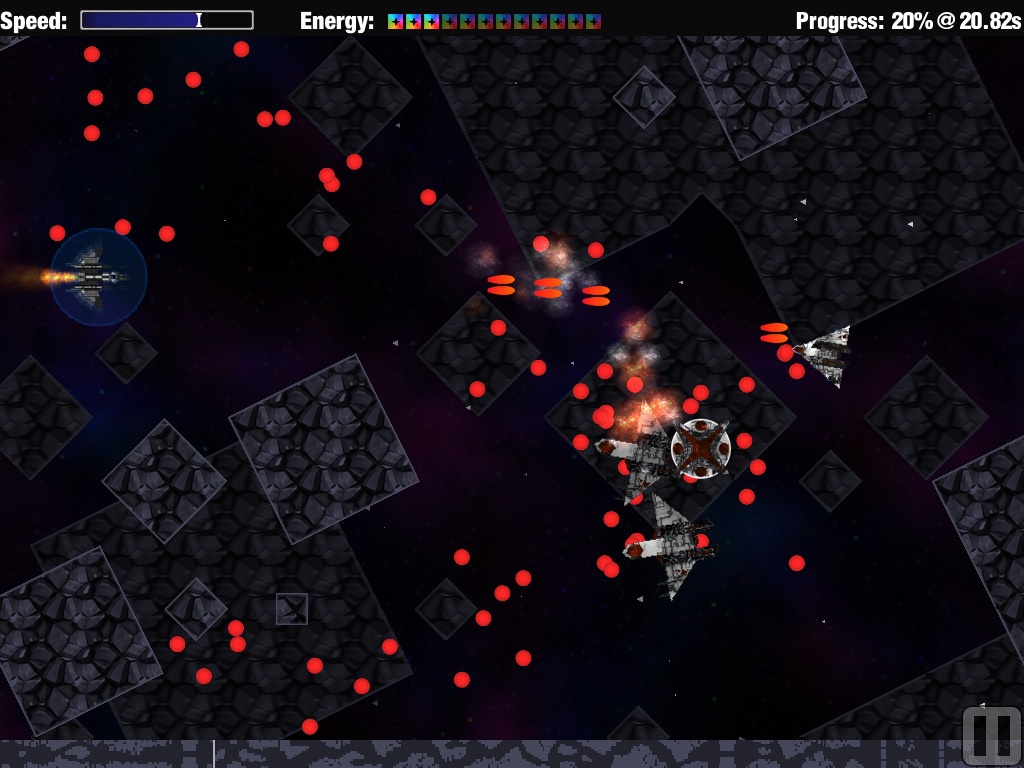 Here’s an image from Level 9 being played on the iPhone 4: 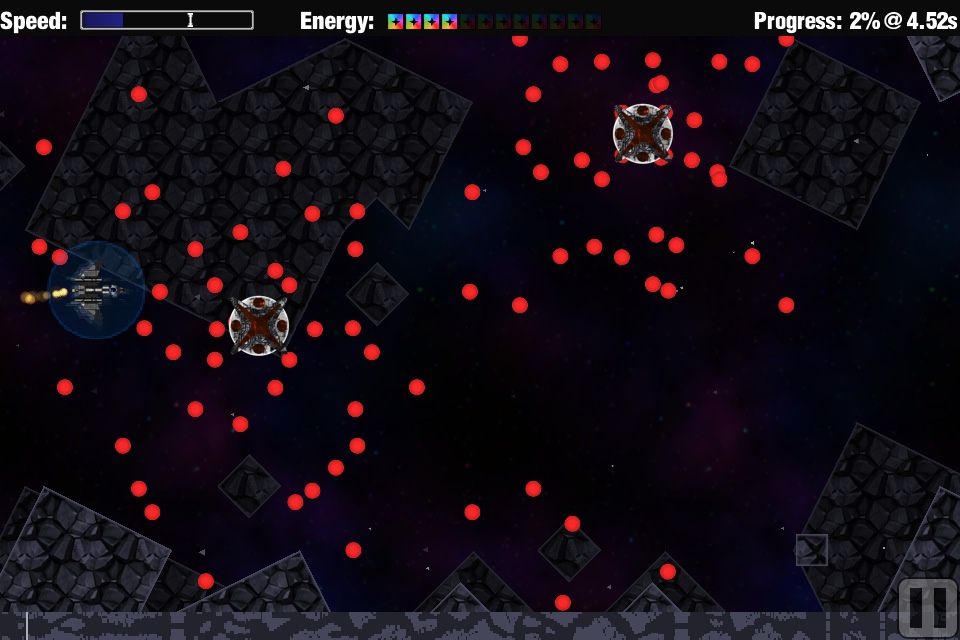 Damaging and destroying an enemy now has a small chance to drop speed power-ups such as the Boost+ and Drag- power-ups.

Some rough spots in the levels were smoothed out (e.g. level one now tries to de-incentivize taking the starting speed tunnel). Also, additional enemies have been added to the earlier levels (1-6) to try to keep the action up. Levels 7-9 are still as deadly as ever. 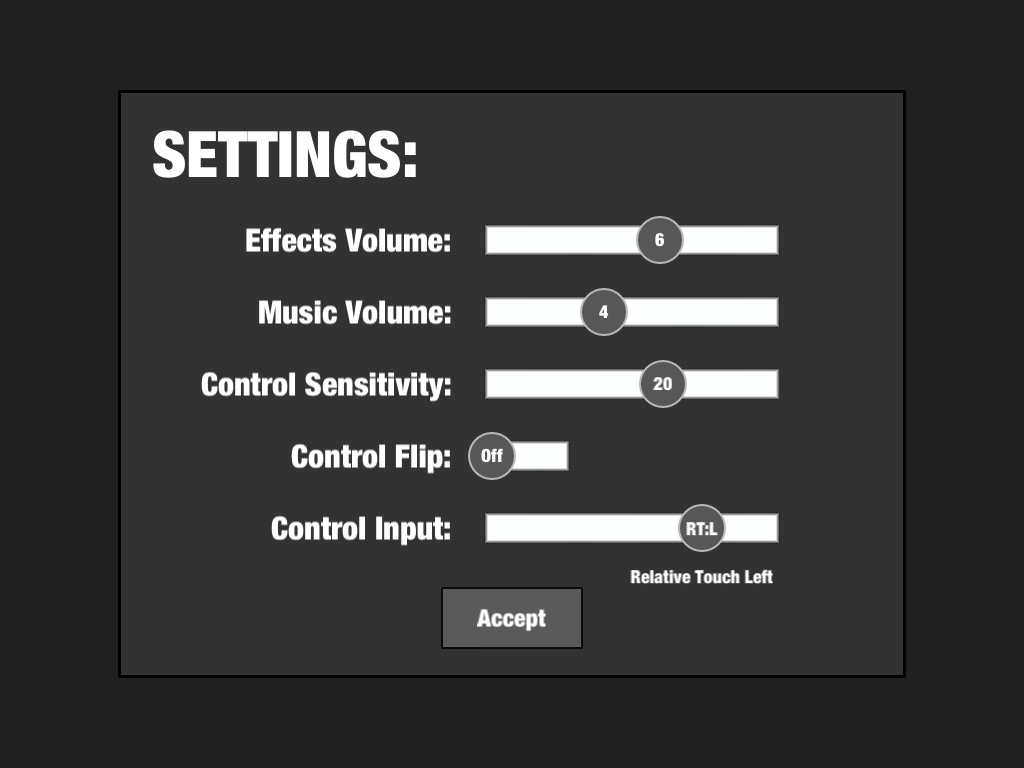 A few bugs were squashed while making this update.