Trisector is an arcade style side scrolling bullet filled shoot-em-up (SHMUP) that has a dash of cave flying and a heaping TON of bullets. 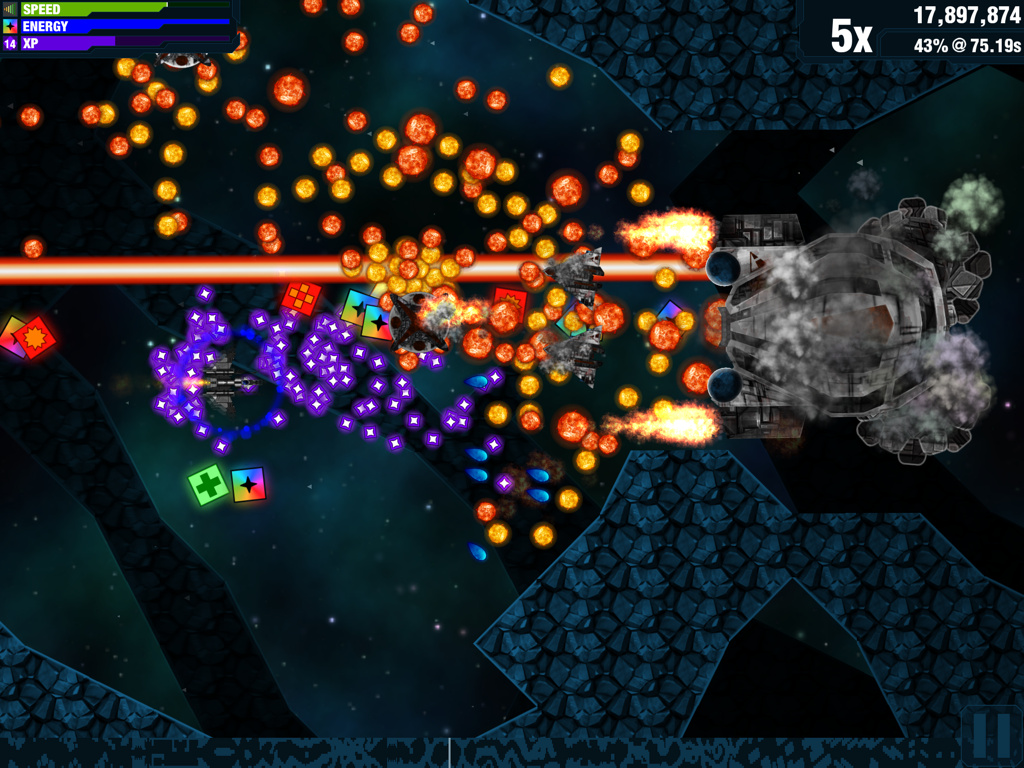 Fight as a mercenary investigating Tri-Corp’s activities through 9 story levels and 1 deadly boss level. Navigate the terrain, collect power-ups, dodge and shoot a path through a ton of bullets and lasers, and destroy the Tri-Corp fighters. Damaged and destroyed enemies have a chance to drop random power-ups and destroyed enemy bullets turn into XP pods (for reducing energy costs) or energy (for more survivability and offensive power).

Trisector is a Universal App for iPad, iPhone, and iPod touch devices and is available on the App Store. 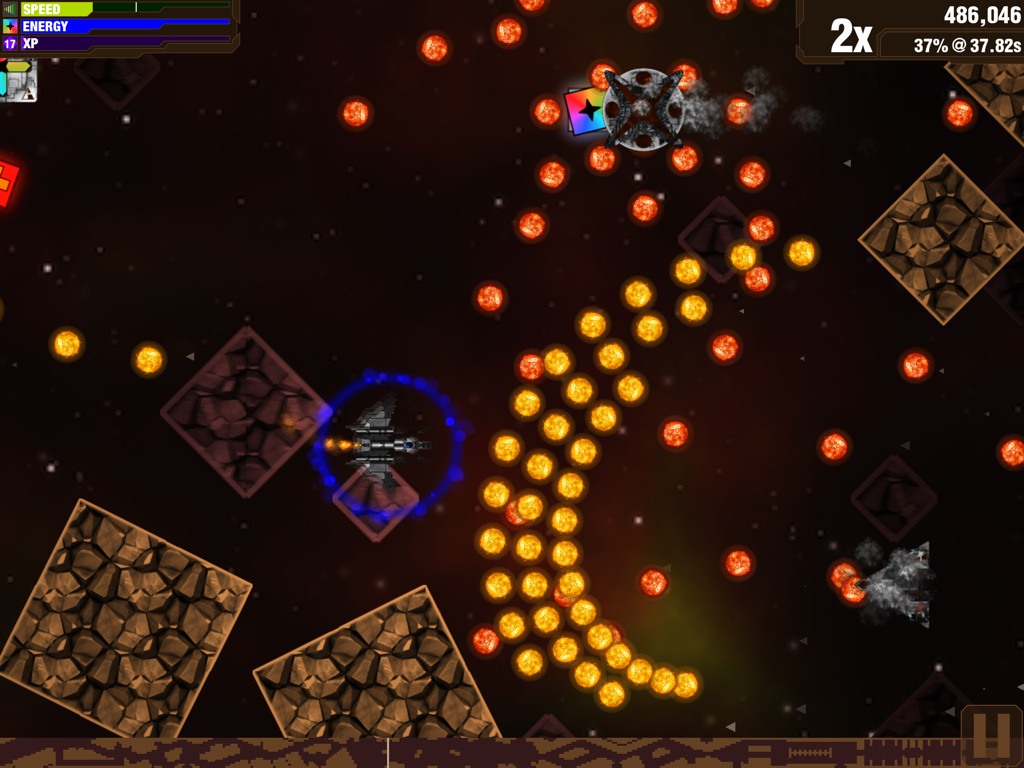 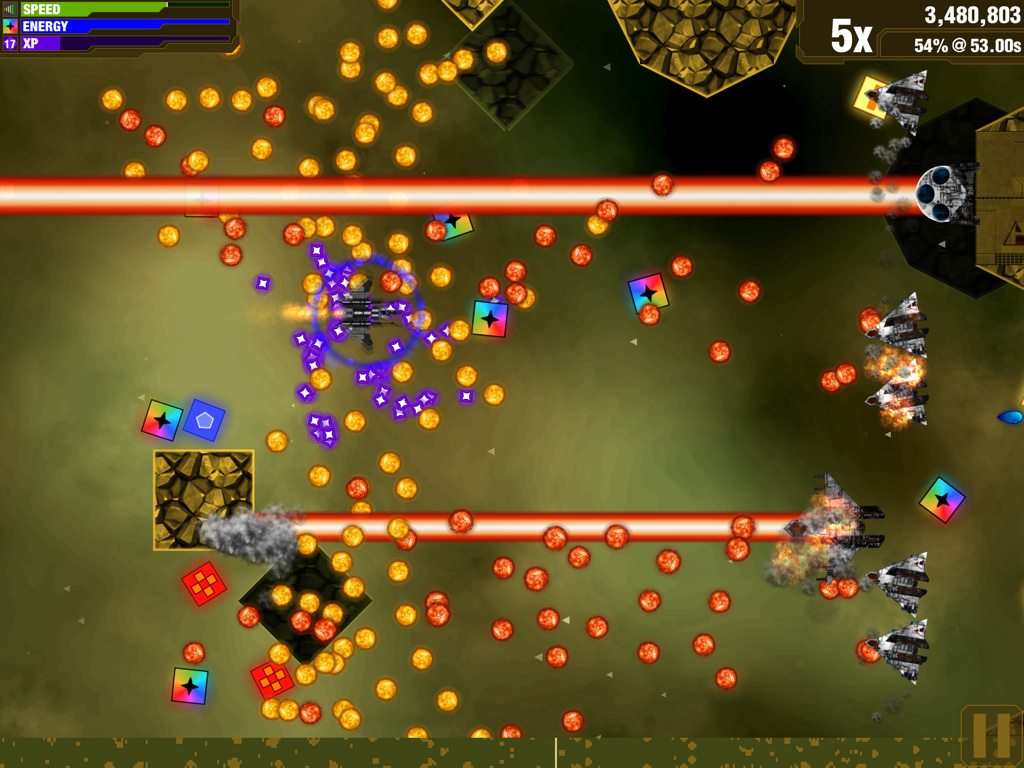 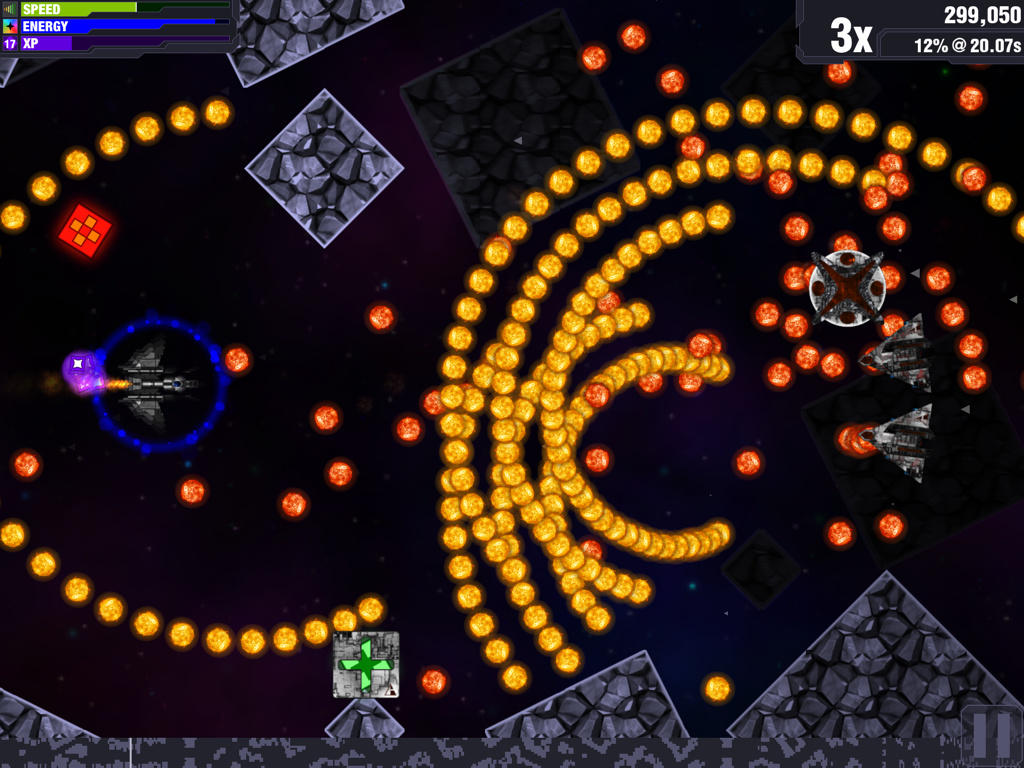 Trisector is designed to be a challenging game, and here are a few tips to help you survive a bit longer.

Set your desired input and sensitivity under settings. I prefer using Tilt Control with the Tilt Sensitivity set to 28 on my iPad. Setting the sensitivity lower will allow for great control in the fine / slow movements, but will take more tilt to make big / fast movements.

While you are still learning how to fly in Trisector, try to avoid the green Boost power-ups and try to collect the yellow Drag power-ups. In the beginning, flying slow makes the ship much easier to control, and also results in more energy regeneration over the course of the level. Once you have the hang of flying, try to collect all the green Drag power-ups to post a fast score to the Leaderboards. The score multiplier is based on ship speed and difficulty mode.

Some levels have multiple routes in various portions of a level. If one route is proving to be difficult, try a new route.

Energy management is one of the most important factors in Trisector. Energy powers both the shield and lasers, forcing a balance between defense and offense.

When firing, try to carve out a space clear of projectiles to fly in. Try to fire in an up/down wave pattern in order to destroy any incoming bullets that might hit the ship. Also, fire in quick bursts and try to conserve energy whenever possible. If you push the ship forward while firing a quick burst, the projectiles will clump and hit almost all at once.

When firing a Burst, around eight units of energy are going to get used up, which may render your ship vulnerable. After firing the burst, fly in the middle of the burst wave which is usually going to be clear of enemy bullets. This will allow your ship a little time to regenerate energy.

Try to learn when enemies are going to come on screen and fire lasers in anticipation of their arrival. Quickly destroying the enemies is the key to survival.

Positioning is very important. If the enemy is firing a laser, get out of it’s direct path and try to take it out with one of the angled lasers.

Lasers from an enemy ship are usually on an interval so once it finishes firing a laser beam, that is the time to unload on it. The beam turrets may not stop firing the laser so it’s best to position around the beams or to cut through it quickly.

Every bullet shot turns into an XP pod, which goes towards increasing your XP level. Each XP level slightly reduces energy costs for shielding and firing the laser.

It is best to turn on the MFi game controller prior to starting Trisector. Once connected, there may be a slight delay before the controller can communicate with Trisector. When in doubt, restart the Controller, and then restart Trisector. 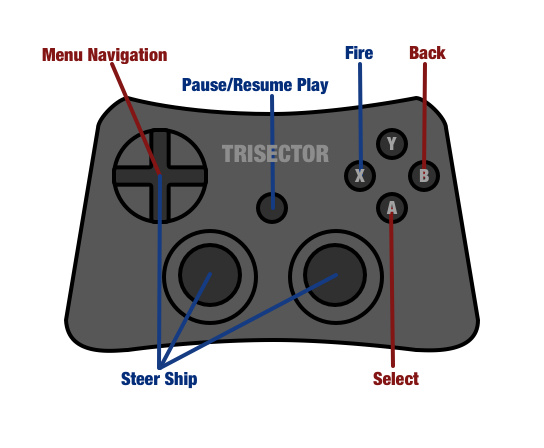 Improved Tile Culling for a CCSpriteBatchNode Making of Trisector: Engine